Josh Kirsopp is a new Researcher at Hays Executive and he is kindly going to blog about his new role, so keep posted for further installments!

Hi, my name is Josh Kirsopp. I’m a Chemistry graduate from the University of Warwick, and I have just started in my new job at Hays Executive as an Associate Researcher. My official start date was the 6th of October, so as you can imagine I’m as green as they come! I came into the role with a vague idea of what was expected of me, but very little appreciation of the effort that goes into each and every search assignment. Over the course of my first week I have; completed multiple online training modules, taken part in lots of on-the-job training and made my first calls.

For the most part the work has been reasonably straightforward – until I began making approach calls for a benchmarking project. By a long way, the trickiest part of the job so far has been getting past gatekeepers to talk to the appropriate people. Though I’ve not yet done my first pitch to a potential candidate – something I imagine will easily trump the difficulty of dodging receptionists regarding salary analysis work.

Owing to the nature of doing a degree in Chemistry (hours of googling things I didn’t/do not and will never understand) the Internet searching the role requires is something I already feel confident about. It is fair to say that there is one parallel between executive research and a physical science degree – you are presented with things you don’t get off the bat, and you make it your life aim for the next 24 hours to come to terms with the material – whether it’s the corporate language of a job specification or what a role actually entails. To my mind, a career in Research is for those with an inquisitive nature and a staying power far beyond the Wikipedia search function. I’ve enjoyed my first week here, and expect I’ll enjoy the next even more.

So I’m coming up to a month of working at Hays Executive as an Associate Researcher, and the learning curve so far has been a steep one! Over the last week or so I have; received volumes of training on various things research related, made my first approach calls for an active assignment and faced the occasional despondent response from stressed candidates (the least enjoyable part so far).

The approach calls have been by far the most difficult experience so far, not only because you have so little time to pitch such a big role, but because wording things appropriately while talking to people in such senior positions is quite the culture shock to someone fresh out of the education system. Over the course of many, many role-playing calls with my ever-patient line manager, I feel as though I am ironing out some of the wrinkles…

Another point of improvement I will be focussing on over the coming weeks is time management; something I have, ironically, not found the time for over the last fortnight.

As the closing date of my first assignment approaches, the difference between a strong A+ candidate and an average B candidate is becoming more clear, owing to working closely with the consultants and receiving feedback on the their suitability – something I wish I had understood when first creating the ID list, though I expect this is somewhat to do with my lack of experience in the sector and general unfamiliarity with the services the client offers. It seems that dodging the world of work for 3 years while completing my undergraduate degree is finally catching up with me!

In much the same way as I signed off the last post of this blog, my experience here has only improved week on week and I expect this trend to continue.

LOUISE HAINES TALKS ABOUT THE BENEFITS OF MEMBERSHIP

Louise Haines is the Head of Research for Hays Executive, the dedicated search and selection arm of Hays PLC. Louise talks about her experiences with the Executive Research Association (ERA) and how being part of this network has benefited her as a manager and impacted the development of her team. 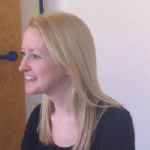 What is your background? Quick snapshot

So as a brief background, I have over 10 years’ experience working for search firms, from small boutique organisations through to working for Hays PLC, a FTSE 250 company with over 7,800 staff. Hays Executive specialises predominantly in Non-Executive, Board and Senior Management appointments within the public, construction, property, engineering and energy sectors and l lead the in-house team that delivers the critical search campaigns – essentially finding those needles in large haystacks!

When and why did you join the ERA?

I joined the Executive Research Association over 3 years ago as an individual member to understand a little more about what the ERA can offer in-house search teams. I initially joined to attend the annual ERA Conference due to the relevant industry speakers and panel members that were presenting.  These ranged from Client speakers, Heads of Research, Independent researchers and trainers from the UK and internationally. I thought what a great opportunity to hear about the wider search market, perhaps learn some new techniques and to network with my peers – were my peers facing the same challenges and opportunities as myself? And YES – they were!

END_OF_DOCUMENT_TOKEN_TO_BE_REPLACED

Executive Researchers: The Special Forces of the Recruitment World?

Executive Researchers: The Special Forces of the Recruitment World?

“Your role – to capture intelligence and carry out research – is similar to that of the military.”

This was a comparison, according to Simon Thomas, Head of Brands & Insight, Talentworks International, made by former Director of the UK’s Special Forces Lt. Gen Sir Graeme Lamb, during a chance encounter between the two men.
Lamb, a retired British Army officer and a former Commander of the Field Army, is now Senior Fellow at Yale University’s Jackson Institute for Global Affairs. His Speaker Bio states that he is ‘Considered to be “a particularly aggressive general” with a reputation for “toughness and blasphemous plain speaking” http://www.leadingauthorities.com/speakers/Graeme-Lamb.html

A phrase that leads neatly on to the first speaker at the Executive Research Association (ERA) Annual Conference, held in the wonderful setting of Sadler’s Wells Theatre a few weeks ago. https://theera.org/april-2014-era-conference-2014/

Neil Morrison is Group HR Director – UK & International Companies at Penguin Random House UK. Morrison was known to me via Twitter (@neilmorrison) and his blog Change-Effect, but this was my first sighting of him in person. Declaring the executive research world to be “quite posh”, Morrison confided to the audience that “I love HR”, a touching moment worthy of our performing arts venue.
However in the true spirit of those who speak the plainest to those they love the most, the Sweet Thing of the van Morrison song suddenly metamorphosized into a tough Army General type as he launched into a brief summary of the problems with HR as he saw them. Morrison briefly addressed these problems with his 10 point agenda for change; this mirrored his blog earlier this year, well worth a read http://change-effect.com/2013/01/07/hr-a-10-point-agenda-for-change/
(My notes record that Morrison was “restless, constantly on the move, water bottle in his hand” – he reminded me of a prowling leopard with hints of Richard Branson, Alan Sugar and Jeremy Paxman).

As if in leopard mode, Morrison settled down to tell the audience that sourcing candidates is like hunting; from an HR perspective, resourcing is about honing what we do anyway. With specific reference to recruitment, he was not of the view that the recruitment model is dead but did think that some repurposing and realignment is necessary. People are much more careful due to the changed economic situation but they are still using search and research.

Exit Morrison, enter Simon Thomas, who hoped not to disappoint if he remained a little more static while he spoke. Thomas picked up the baton of candidates, comparing them to “consumers: people who are ‘buying a job from a company’; we need to give them the right deal.” Work is a massive commitment of people’s time so we need to consider what Thomas prefers to describe as the “Employment Value Proposition (EVP)”. This was a great day for ‘Love’: “I love EVP” – whatever we say must be visible, consistent, differentiated, distinctive, authentic”. A closing comment from Thomas: “You should map the touch points with the candidate: you really cannot communicate too much.” And so say all of us!

An afternoon panel set to work on Diversity. Karina Robinson’s firm Robinson Hambro was part of the Advisory Group to Lord Davies’s Women on Boards, which launched a Code of Conduct for search firms aimed at increasing the participation of women. A few quotes from her: “Chairmen want to hear the business case” and “Quotas are not the same as targets”.

Sarah Churchman is head of Diversity & Inclusion and Employee Wellbeing at PwC UK. Churchman shed some light on the struggles going on behind the scenes in many large companies, where there is “passive resistance by many senior people.” The social justice case for change is very strong, with data now being used to drive change: “Data is everything for accountants.”

We spoke of military intelligence earlier; the other panel member was Mandy McBain MBE, a former Royal Navy Lieutenant Commander who now works for Stonewall. McBain exudes a quiet strength that undoubtedly disarmed naval commanders opposed to equality. She advocated visibility: “equality credentials on company websites, visible role models, visible inclusion, visible policies and procedures.”
As the remaining panel member, such remarks about websites were like music to my ears. Many organisations are very active in the field of diversity and try to attract candidates who, as McBain said, “mirror the constituency”, but one would never know this judging by many websites.

The final speaker of this well-attended day (c. 70 delegates) was Karen Blakeman, MD of RBA Information Services. Blakeman spoke of “Building an effective search strategy”. Enthusiasm personified, she totally belies some people’s perception that anyone with library and information credentials is (whisper it) “boring.” Google, Bing, Boolean, Yandex, Blekko – the words tripped off her tongue as she took the audience on an exciting whirl of how to track down the right person for the right post. If Morrison was the leopard, Blakeman was the determined hunter who would surely leave every TV detective gasping for breath. Underneath the excitement, however, one could sense the sheer hard work involved. No wonder Simon Stephenson, the event’s Chairman, had told us that “Many were too busy to come today”: we know now that they were all Googling, Binging, Booleaning, Yandexing and Blekkoing around the place!

Lessons for other recruiters not involved in the heights and depths of executive research? There are clearly three:
● Treat candidates properly: candidate experience is everything
● Have a nose for diversity
● If you are not prepared to shed blood, sweat and tears, you are in the wrong job